A Piece of Paper Doesn't Define You

In other words, you don't need a permission slip from a group of academic and professional elites after you've done their rituals of listening and genuflecting before them to perform the craft that you feel called to do. You just need to write and be willing to learn on how to get better.

Best Advice I Got

The best advice I ever read to become a writer, which ironically was when I read a book during my college days, was "If you want to be a writer, then write." That's it! If you really want to write, then just write. It doesn't matter how. You just do it.

Now, some may instantly object and say, "You can't just write in a notepad or on a device and expect to live off that. What about X, Y, and Z." Of course, there are some crucial steps you need to take when you're trying to make a living off writing. I'm not saying you should just leave your writing within the pages of your notepad, a tucked away manuscript, or on your device. That would be beyond utterly ridiculous.

But, if you're just writing for yourself, or for fun, or it's just a part of the many tasks for your job, you don't need to worry. You just need to keeping writing. Keep it up. In some ways, you're in a better place than many writers. You don't have to carry the burden many writers wear when this is all they have to make a living.

What I'm saying is none of the business aspects, educational requirements, or certifications matter if you can't write or you're not willing to write.

I'm also not saying you shouldn't go to college. For some forms of writing like being a medical writer, science writer, or even some forms of technical writing, you need a good education in the field(s) you're writing about. But it's not about the writing at all. It's about do you have actual knowledge, training, and experience in such and such area of expertise. Sometimes, having this education and training is a difference between life or death. So, you can't be someone who only went to high school but decide one day you really want to write medical and scientific reports. It doesn't work that way. You can't be anything you want by whim. But don't let those limitations stop you from writing.

What I'm saying is you don't need to go to college to become a writer.

If you've decided to be a writer but you don't have the time nor money to further your education or it would be utterly irresponsible to do so, you can still go for it. Write. Despite some real limitations, there are plenty of ways to break into this. You might not be able to getting into certain fields of writing but there are plenty of other things you can write about. With writing, the possibilities are probably endless.

To writers who have a college degree, don't look down on writers don't have any. To writers who don't have a college degree, don't feel less than or feel like a fraud.  You're worth more than that. I believe you're made in the image of God just like every human being on this planet. But also don't look at those who have degrees with envy or with disdain. You don't know how difficult the journey was for that writer to pursue that degree. We need to embrace each other as writers, regardless of background.

Also, don't feel like just because you don't hold a candle to such and such writer, then you're no good. Ridiculous! You're not to going to be like that writer because you're not that person. We are all different. How boring would be it if we all wrote the same way.

Comparing ourselves is not only pointless but destructive. I kept making this mistake till I had to stop with the nonsense.

Not an Either Or Choice

Writing also doesn't have to be an either or choice. For example, you can still be a tradesman or service worker and be a writer. Don't quit your day job if you need to put food on the table for your family and just writing isn't going to cut it. Keep your day job, even if you have to put writing on hold to make ends meat. You can always pick it up at a better time. Also, your experiences, including your day job, can help you with writing.

Dedication is the Key but Seek Wisdom

Writing is a skill you get better at it the more times you do it. Free writing in a notepad constantly will really help you. Writing's like exercise or learning martial arts. If you want to stay in shape, you must do the exercise. If you want to get better as a martial artist, then you must go to the dojo as much as you can and constantly practice what you've learned from your teacher. You need to approach writing the same way. It's about dedication.

If you need help, especially with writing nonfiction, seek out some good resources. If you need writing fiction, you can try Writer's Digest or you can try this approach, which I think is very helpful.  (I'm not a fiction writer. I'm a technical writer. So my knowledge on where to go on fiction writing is limited but I hope these resources can help you.)

If you're able to, try connecting with other writers out there. Take some writing courses, if you can. Finally, if you're looking for freelance writing work, then go to some good job boards. But a word of advice, stay away from content mills. From personal experience, there are not only exploitative but a big waste of your time.

Posted by William McFadden at 4:54 PM

Email ThisBlogThis!Share to TwitterShare to FacebookShare to Pinterest
Labels: don't compare yourself with others, Free Writing, Just Write, not an either or choice, stay away from content mills, The Placeholder, Writing 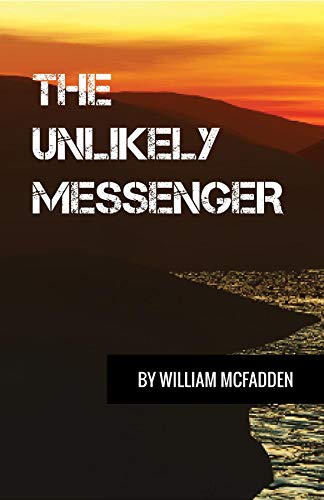 William McFadden
My name is William McFadden and I have been a technical writer for over 22 years. What I'm hoping to accomplish here is to share my experiences, insights, and my philosophy of technical communication. And maybe, do some actual technical writing here. I don't want to get hung up on what tools to use or whether you should learn some programming language or not. Granted, these are helpful. I'm focused on talking about some core principles of technical writing, as well as issues that may surround it. I don't speak for all technical writers out there. I'm just one guy who's been doing this for a while. I'm hoping to encourage those who are new writers to consider this writing style or prose. I'm also hoping to encourage those who have been doing this for a while to continue. Thank you for stopping by. Hope you come again soon.